Results of Visit of EAPO Delegation to WIPO

The delegation of the Eurasian Patent Office (EAPO) headed by President Saule Tlevlessova took part in the 59th series of meetings of the Assemblies of the Member States of the World Intellectual Property Organization (WIPO) held in Geneva from September 30 to October 9, 2019. 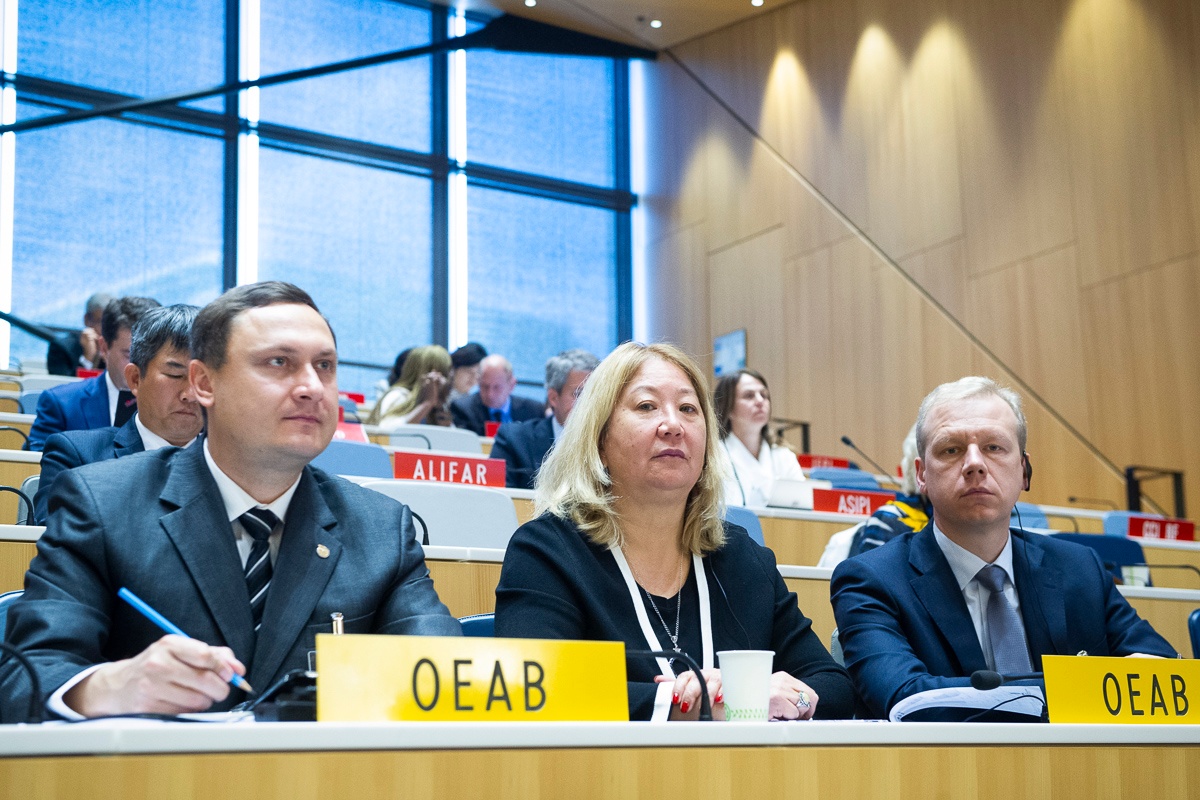 On the margins of the Assemblies the EAPO delegation held a number of meetings and discussions with WIPO Director General Francis Gurry and representatives of WIPO units.

The Protocol on the Protection of Industrial Designs to the Eurasian Patent Convention, adopted by the Member States of the Eurasian Patent Organization (EAPO) at the Diplomatic Conference in Nur-Sultan on September 9, 2019, was deposited with WIPO Director General. 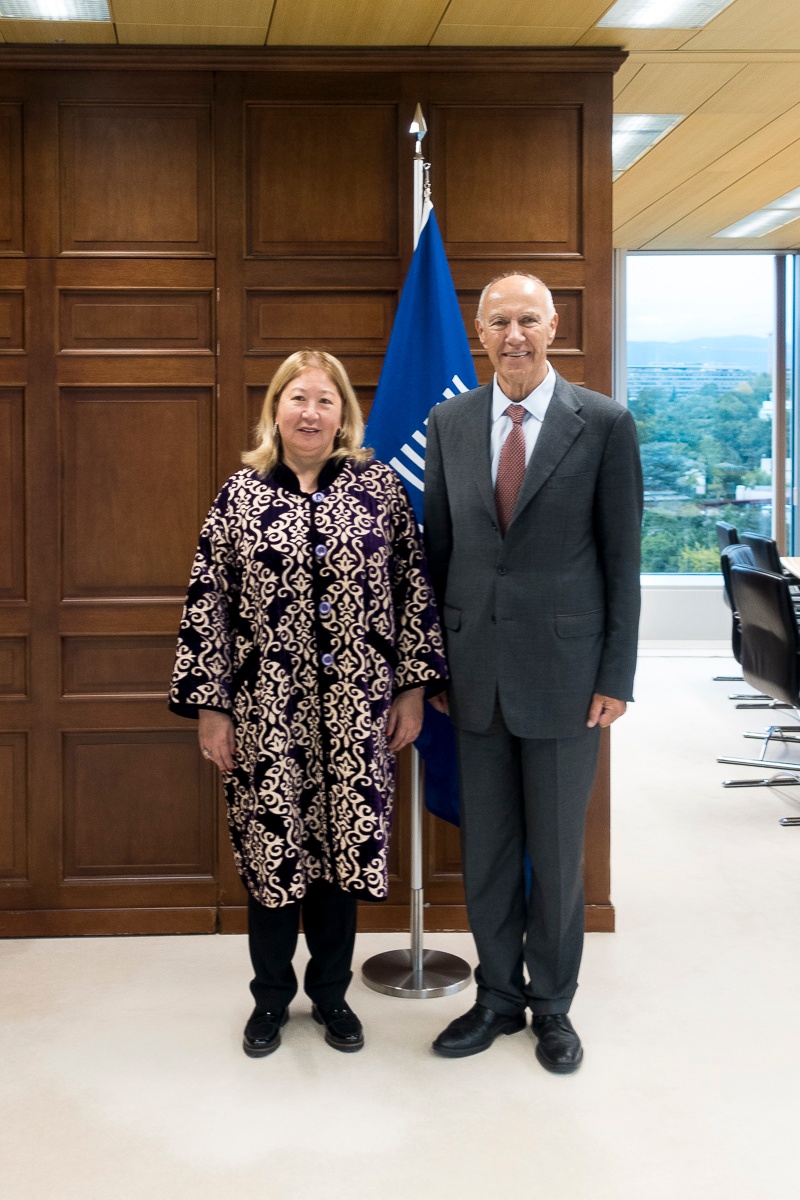 In the course of consultations with the representatives of the Department for Transition and Developed Countries (TDC) headed by Michal Svantner, the parties discussed the results of cooperation over the past period and agreed on implementing the activities planned for 2020. 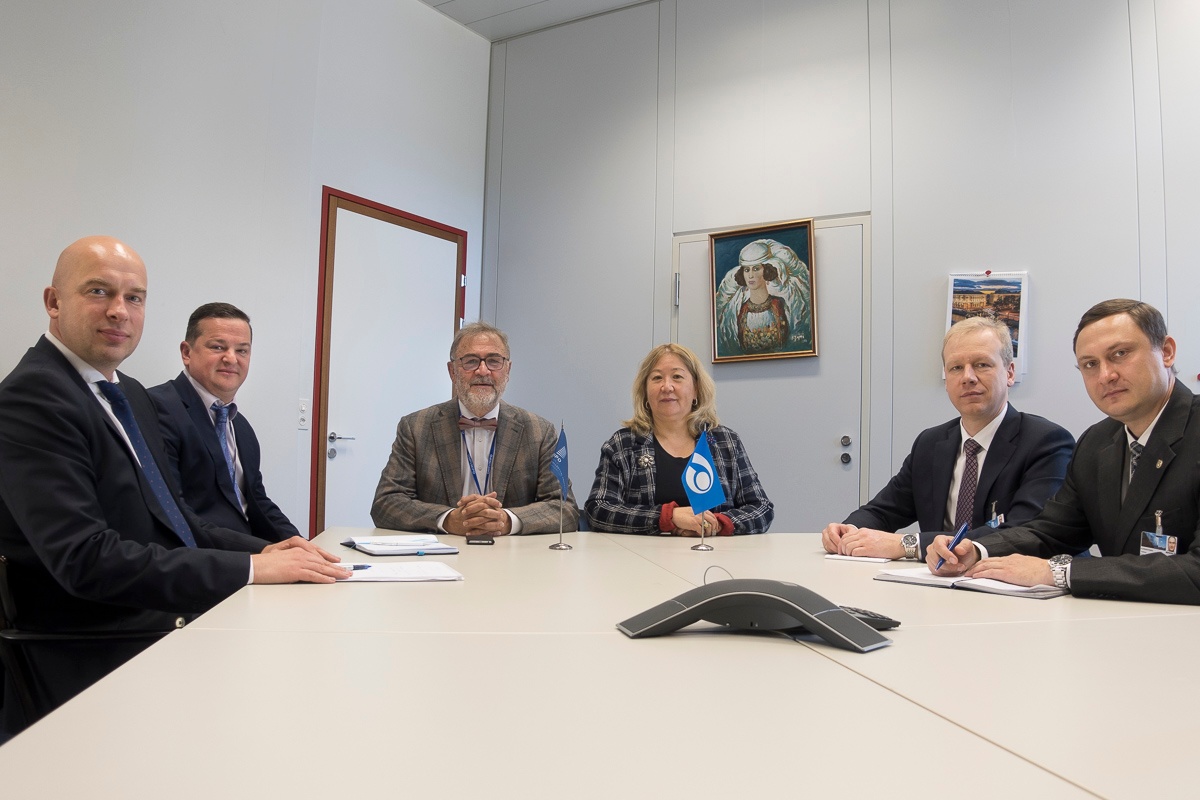 The meeting with representatives of the WIPO Hague Registry was devoted to the results of the Diplomatic Conference on the adoption of the Industrial Designs Protocol. The parties discussed the prospects of cooperation aimed at the EAPO accession to the Hague Agreement Concerning the International Registration of Industrial Designs.

Technical and organizational aspects of cooperation on implementation of the Optical Character Recognition (OCR) technology in EAPO as well as training of the EAPO experts in working with the technology were agreed upon at the meeting with Christophe Mazenc, Director of the Global Database Division, WIPO Global Infrastructure Sector. The parties discussed the new version of linguistic tool WIPO Translate, its use for languages other than Russian and English and the possibility of adaptation of the new version of WIPO Translate in EAPO. The Image search technology was under discussion at the meeting as well.

The EAPO delegation took part in the WIPO Conversation on Intellectual Property (IP) and Artificial Intelligence (AI) and in the opening ceremony of the “Russia: The Territory of Inventiveness and Creativity” exhibition, held on the sidelines of Assemblies of WIPO Member States. Among the honourable guests President Tlevlessova visited the exposition dedicated to Russian technological innovations in the field of space, nuclear power, computer technologies and lasers. 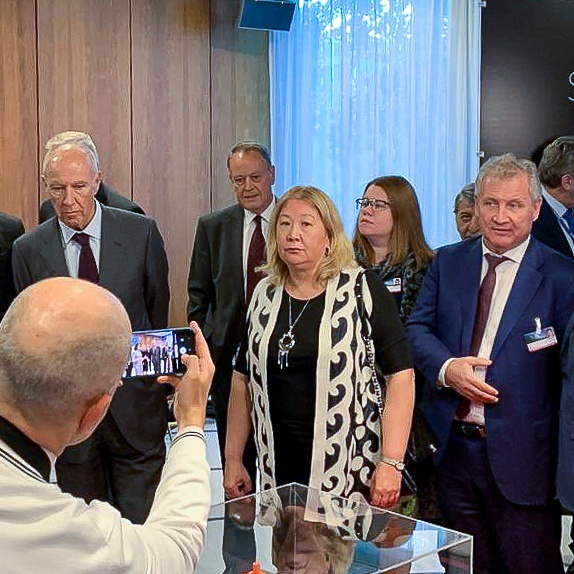