Memoranda of Understanding with WIPO Signed in Geneva

EAPO President Saule Tlevlessova and WIPO Director General Francis Gurry signed a Memorandum of Understanding between EAPO and WIPO Concerning Alternative Dispute Resolution in the Area of Intellectual Property. The Memorandum will serve for sharing the practice and experience of the WIPO Center for Alternative Dispute Resolution within the framework of the Eurasian industrial design system and in the Eurasian region in general. 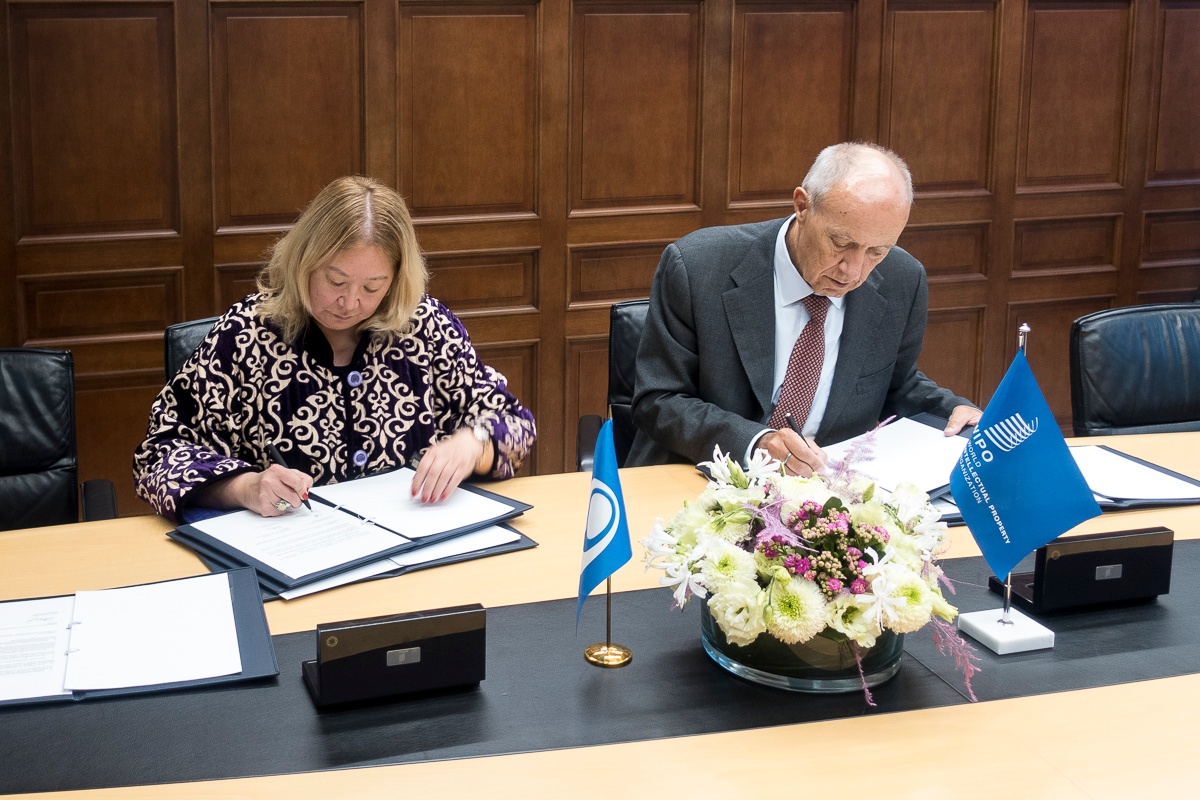 The heads of EAPO and WIPO signed a Memorandum of Understanding on Technical Cooperation between EAPO and WIPO. WIPO representatives noted the significant role of EAPO in promoting WIPO tools and mechanisms in the Eurasian region.

The meeting concluded with a general discussion on the various areas of cooperation between the two organizations.