On September 18-20, 2019 the delegation of the Eurasian Patent Office (EAPO), headed by President Saule Tlevlessova, participated in the conference on intellectual property "IP Academy", held in "Skolkovo" Technopark.

EAPO President welcomed the organizers and participants of the conference and noted the transformation of the Patent School into the IP Academy and importance of this project for the promotion of the IP world and its current trends in development. Saule Tlevlessova informed about the Diplomatic Conference held in September in Nur-Sultan, Republic of Kazakhstan, and the adoption of the Protocol on the Protection of Industrial Designs to the Eurasian Patent Convention by the Member-States of the Eurasian Patent Organization, which opened the way for a new Eurasian system of legal protection of industrial designs.

EAPO President said, "For applicants, the new subject matter of regional patent protection means the possibility of obtaining a comprehensive protection of the product - as the technology of its production, the technical idea itself, and the appearance of the product.”

Noting that patent offices around the world, including EAPO, pay great attention to the ideas developed by high-level conferences, EAPO President encouraged to use the IP Academy platform for discussion of topical issues facing the patent community today, such as the registration of inventions created by means of artificial intelligence, copyright in respect of such subject matters, legal protection of neurotechnologies, inventions in the field of medicine and pharmaceuticals.

In the fields of IP Academy EAPO representatives held workshops on patenting software in EAPO, gave recommendations for compilation of a Eurasian application for indicated subject matters, considered case studies of IT-developments for legal protection under patent law, as well as took part in the IP Test on patenting of inventions in the field of pharmaceuticals. 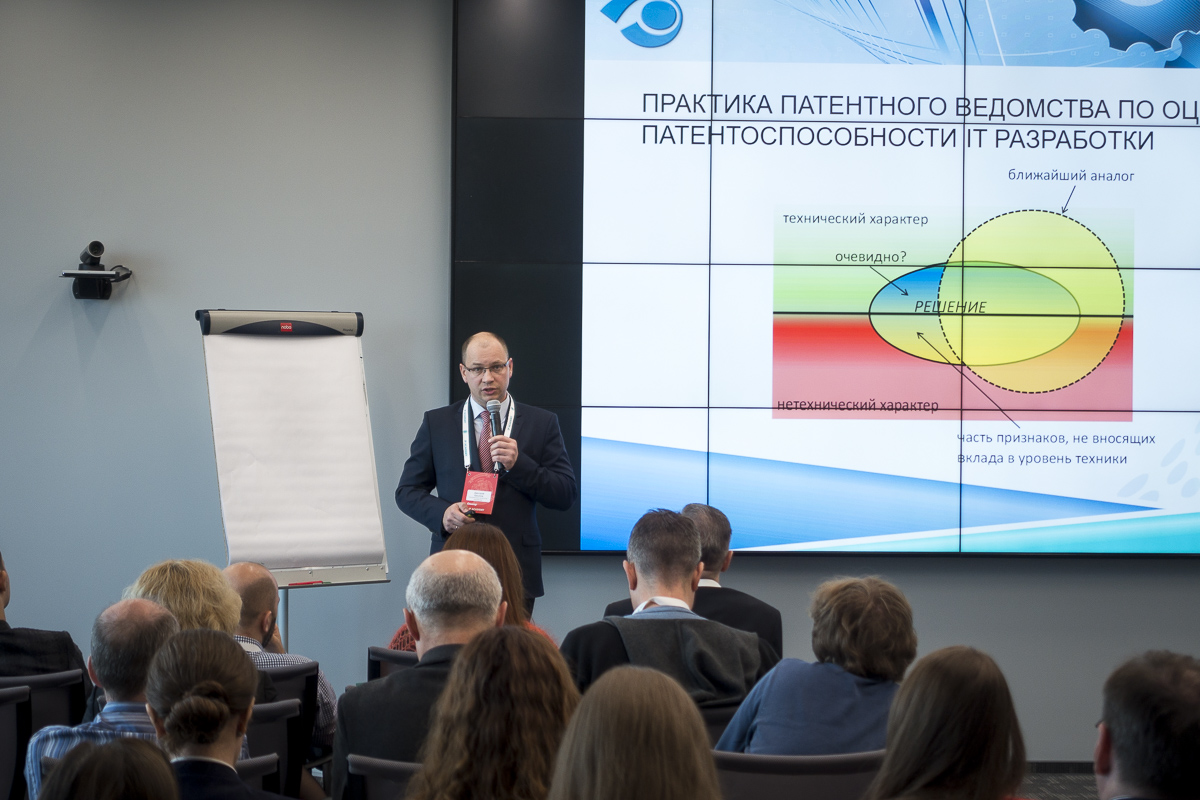