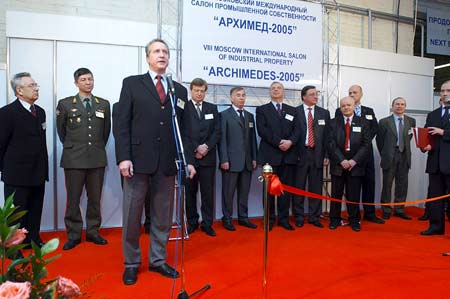 The International Salon'Jury was headed by EAPO President A.N. Grigoriev.

Within a press-conference devoted to the official ceremony of the Salon' opening A.N. Grigoriev made a presentation "The Eurasian Patent Organization, its role in the international system of industrial property protection".

A number of aspects of the EAPO activities touched upon in the presentation was reflected in the EAPO exposition which attracted interest of the Salon' participants and guests.

More than 200 interested people visited the EAPO exposition for four days, being acquainted with merits and advantages of legitimate protection of inventions using the Eurasian patent procedure, the results of the EAPO activities in the region characterized by positive dynamics of invention patenting using the Eurasian patent procedure, and achieved level of its legitimate, technological and information support, consulting services were also rendered for these and other aspects of the EAPO activities, as well as their practical interaction with it.

The exposition was presented with printing and electronic editions of the Office production, operation of the EAPO web-portal and web-site and Eurasian patent-information system EAPATIS were demonstrated showing on-line remote access (via the Internet) to legislative information of the Office and EAPO resources and via EAPATIS providing an access to regional and national patent documentation of the EAPO Member States and other countries. 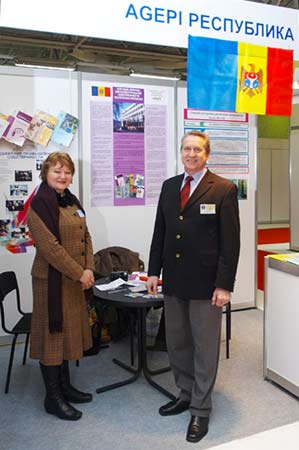 The EAPATIS, developed by the Office experts, was highly appreciated by inventors who could easily find patent descriptions they wanted; including eurasian patents they have been granted.

The EAPO participation in the International Salon has become a substantially a part of the EAPO preparation to the 10-th anniversary of the EAPO foundation and we may hope for further stipulation cooperation with it in the field of legal protection of inventions in the Eurasian region. 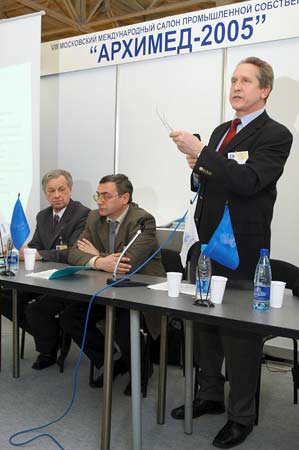 The Eurasian Patent Office, being one of the Salon' participants and among those who summing up the Salon expresses its gratitude to the International Salon for high appreciation of the EAPO participation in its work.