On May 9 - 10, 2019 an EAPO representative attended the Forum on Intellectual Property of the BRICS countries, which was held in Stockholm, Sweden.

The first BRICS Forum was organized more than 10 years ago and since then has been held annually with the support of patent attorneys from the BRICS countries: Brazil, the Russian Federation, India, China and South Africa.

This year the Forum was held in collaboration with the International Federation of Intellectual Property Attorneys (FICPI) and the Swedish Patent and Registration Office. The event was attended by representatives of patent attorneys of BRICS countries and Sweden, as well as the largest Swedish companies.

The Forum, among other, discussed the most important events and IP trends in the BRICS and Scandinavian countries like the national practice of patenting inventions, including those related to the technologies of artificial intelligence and the Internet of things, as well as the practice of hearing patent infringement disputes at national courts. 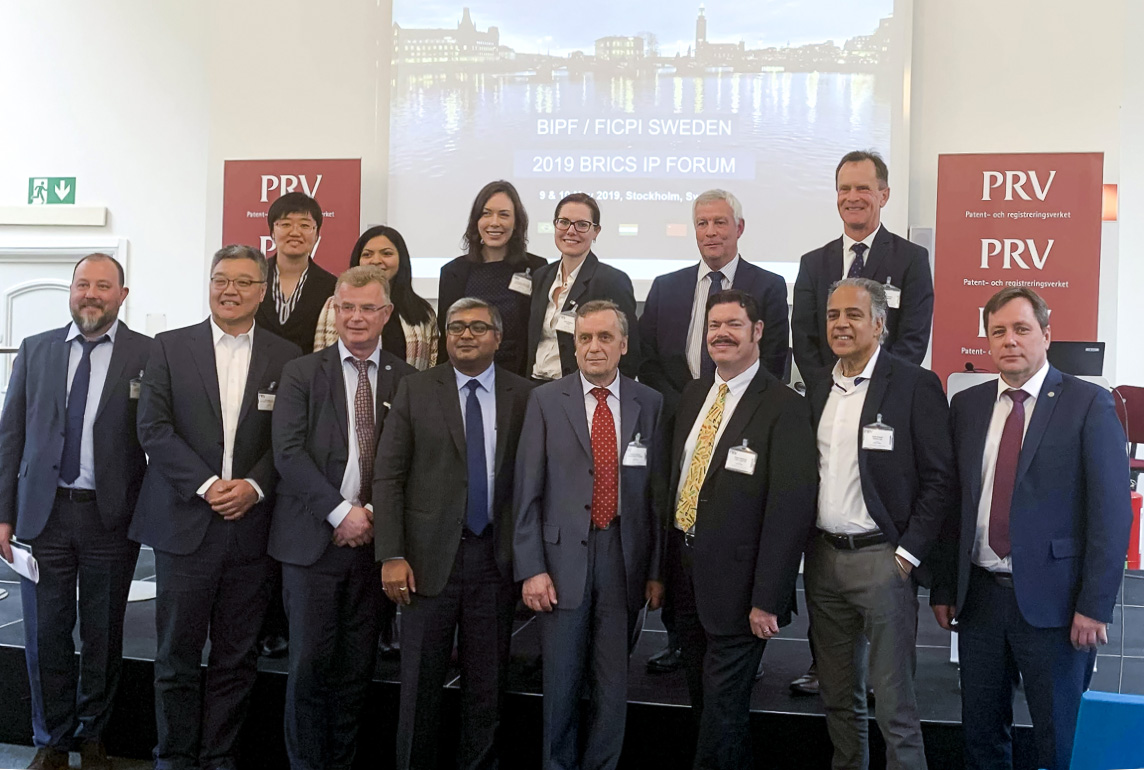