Press-Release on the visit of Rospatent delegation

December, 15 2016, at the Headquarters of EAPO the meeting of representatives of EAPO and Rospatent was conducted. Parties dedicated this round of discussion to issues belonged to priority subjects of collaboration:

- Submission of data and receiving of a search report on Eurasian patent applications electronically;

- Collaboration between EAPO and FIPS in development of information search systems. 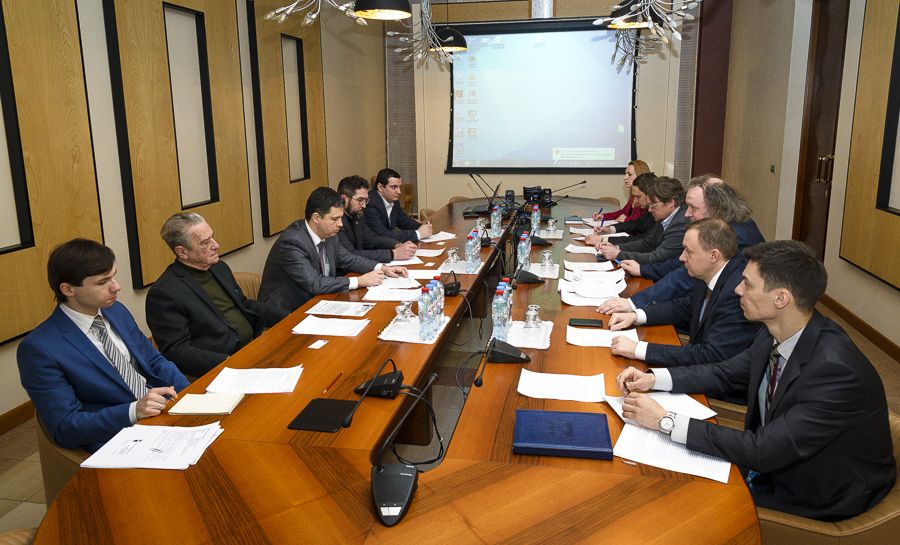 Counterparts discussed a number of defined steps regarding execution of mentioned projects in near future, which will be reflected in cooperation program between Rospatent and EAPO in 2017 – 2018.

Parties have agreed to arrange next meeting on February 2017.