The EAPO Administrative Council held its twenty-ninth (eighth extraordinary) meeting at the Moscow headquarters 3-4 June 2015 to elect a Eurasian Patent Office president to be appointed for a new six-year term with effect from 11 February 2016. 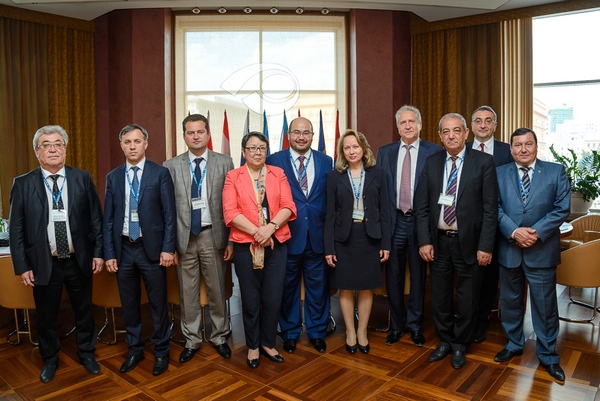 Presiding over the meeting was Abzal Kuanyshbekovitch Yestaev, Chairman of the EAPO Administrative Council and plenipotentiary representative of the Republic of Kazakhstan.

The plenipotentiary representatives of the states party to the Eurasian Patent Convention made five nominations as follows:

― Leonid Iosifovitch Voronetsky, nominee from the Republic of Belarus,

The tight nature of the race can be clearly seen from the fact that the third ballot session alone required five rounds of vote whereby the nominee from the Republic of Kazakhstan had the lead in the last two rounds, with one ballot paper proving invalid.

Based on the returns of the third ballot session's fifth round of vote for Eurasian Patent Office presidency, the EAPO AC Chairman announced the voting results and voiced the decision that the nominee from the Republic of Kazakhstan, S.Y. Tlevlesova, had been elected.

The minutes of the meeting are currently at the approval stage.