Press-release on attending the seminar themed : "National System of Intellectual Property and Socio-Economic Development of the Country" in Minsk. 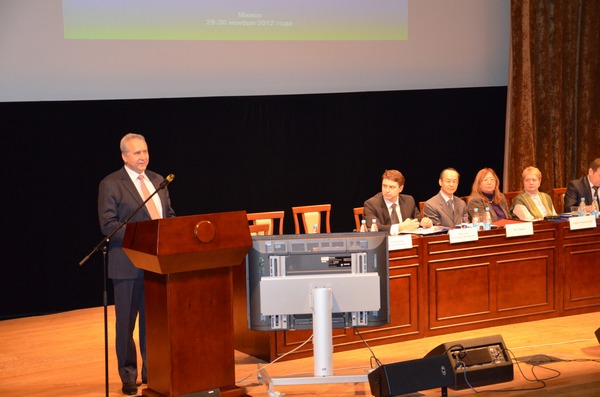 The seminar was attended by representatives from World Intellectual Property Organization (WIPO), Eurasian Economic Committee, representatives of bodies of the state government of Belarus, educational and scientific research institutions of Russia and Belarus as well as foreign experts. Eurasian Patent Office (EAPO) was represented by A.N. Grigoriev, President of the EAPO.

President of EAPO addressed the participants of the seminar with a presentation on the “The Role of the Regional Organization in Promoting of Innovation Activities in the Member States of the Eurasian Patent Organization”, and also congratulated the staff of the NCIP with the 20th Anniversary of the Center.

A remarkable part of the seminar was the presentation of the International and National awards to the Belarus organizations and individuals who have made the greatest contribution to the development of the National system of Intellectual Property of Belarus. 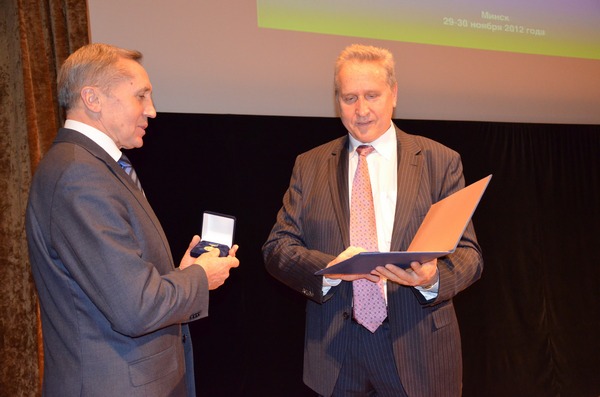 EAPO President A.N. Grigoriev awarded the Gold Medal of the V.I. Blinnikov " For the Contribution to Inventive and Patent Activities” to Nikolai Kazak, Head of International Scientific Laboratory of Optical Diagnostics of the Fraunhofer - Stepanov Institute of Physics, Stepanov National Academy of Sciences, Doctor of Physical and Mathematical Sciences, of the National Academy of Sciences of Belarus.