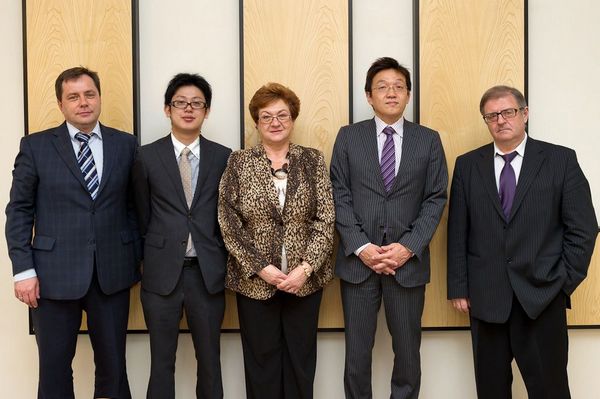 The theme of the negotiations was planning cooperation on Patent Prosecution Highway (PPH) Project and the Examiner Exchange Program between EAPO and JPO. During the negotiations the Parties discussed the details of preparation and implementation of both Projects, as well as the particularities of Eurasian patent procedure.

The Parties agreed on readiness to start cooperation in the framework of the Examiner Exchange Program in 2012 and to make efforts for the forthcoming preparation for implementation of the PPH Project.