Visit of the WIPO Delegation to EAPO

During the visit the EPO delegation met with the EAPO President Dr. Alexander Grigoriev. The parties informed about main changes that took place at EAPO and EPO, as well as discussed current status of cooperation between the EAPO and the EPO and perspectives of its future development. 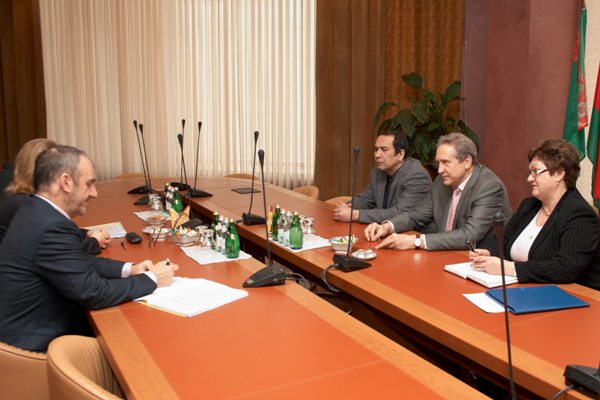 The EPO delegation also had a meeting with the EAPO Vice-President, Dr. Khabibullo Fayazov, who is the Coordinator of cooperation with EPO, carried out under the Memorandum of Understanding between EAPO and EPO. The parties analyzed cooperation in 2010 and adjusted the Work plan for 2011.