The 7th session of the Standing Working Group on Information Technologies under the Administrative Council of EAPO (EAPO AC SWGIT) was held at the EAPO headquarters in Moscow on May 25-26, 2010. 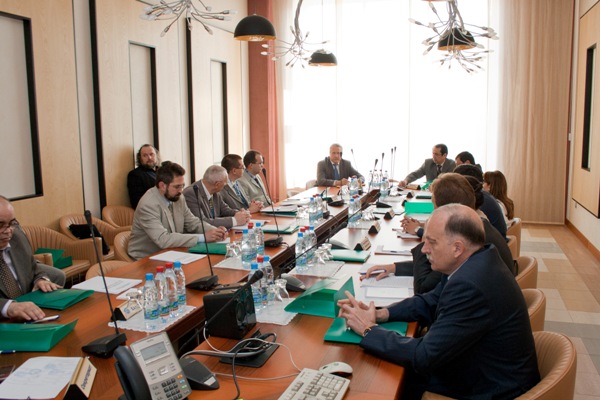 EAPO AC SWGIT approved the decisions of the 6th session of the EAPO AC SWGIT which was held in the form of an electronic forum in 2009.

Participants of the session discussed a Model project of electronic filing of Eurasian applications through national patent offices, prepared by EAPO experts.

After the discussion the EAPO AC SWGIT has decided to approve the Model project of electronic filing of Eurasian applications through national patent offices and use it as a basic document for realization.

EAPO AC SWGIT heard the report on the work on creation of the Portal of electronic services for national patent offices of the EAPC Contracting Parties and approved the first block of statistic reports to be presented there. It was agreed that changes in terms of periodicity of presentation and scope of data may be introduced after the corresponding request will be received and discussed with all national patent offices.

EAPO AC SWGIT heard and took a note of information on unification of approaches to use XML-elements for presentation of bibliographic data and full texts for the purposes of exchange, use in MIMOSA based products, joint projects, and on current status and perspectives of creation of a Eurasian patent information space and development of the EAPO web-portal.

Participants of the meeting approved of the work carried out at EAPO on implementation of the information technology in national patent offices.

The EAPO representatives informed on their readiness to transfer this technology to other interested patent offices at their request.

The next regular session is scheduled to take place at the EAPO headquarters in Moscow in the fist half of 2011.