It was granted to the medical company Karl Storz (Germany). This is the third Eurasian patent owned by the German company – an international manufacturer and seller of endoscopes, instruments and devices. Over the year, the demand for Eurasian design patents has doubled.

The Eurasian Patent No. 100 was published in the database of the Eurasian Patent Office (EAPO), the administrative body of the Eurasian Patent Organization, uniting eight countries of Eurasian region. The granted patent will be valid on the territory of seven EAPO member states, except Turkmenistan. Karl Storz company has patented the design of a medical monitor, an application for a patent was filed by the applicant on May 30, 2022. It took 4,5 months from the filing of the application to granting the patent. After the applicant submitted all the necessary documents, the examination was carried out as quickly as possible.

The Eurasian system for patenting industrial designs is operating since June 1, 2021. During this time, applications for registration of industrial designs on the territory of seven countries of Eurasia were submitted by residents of 14 states, including from China, the USA, Germany, Canada, Japan, Turkey, Finland, Poland, Bulgaria, Hungary and others. The Russian Federation is the leader in filing design applications. For a year and a half of the system's operation, more than 240 applications have been submitted. 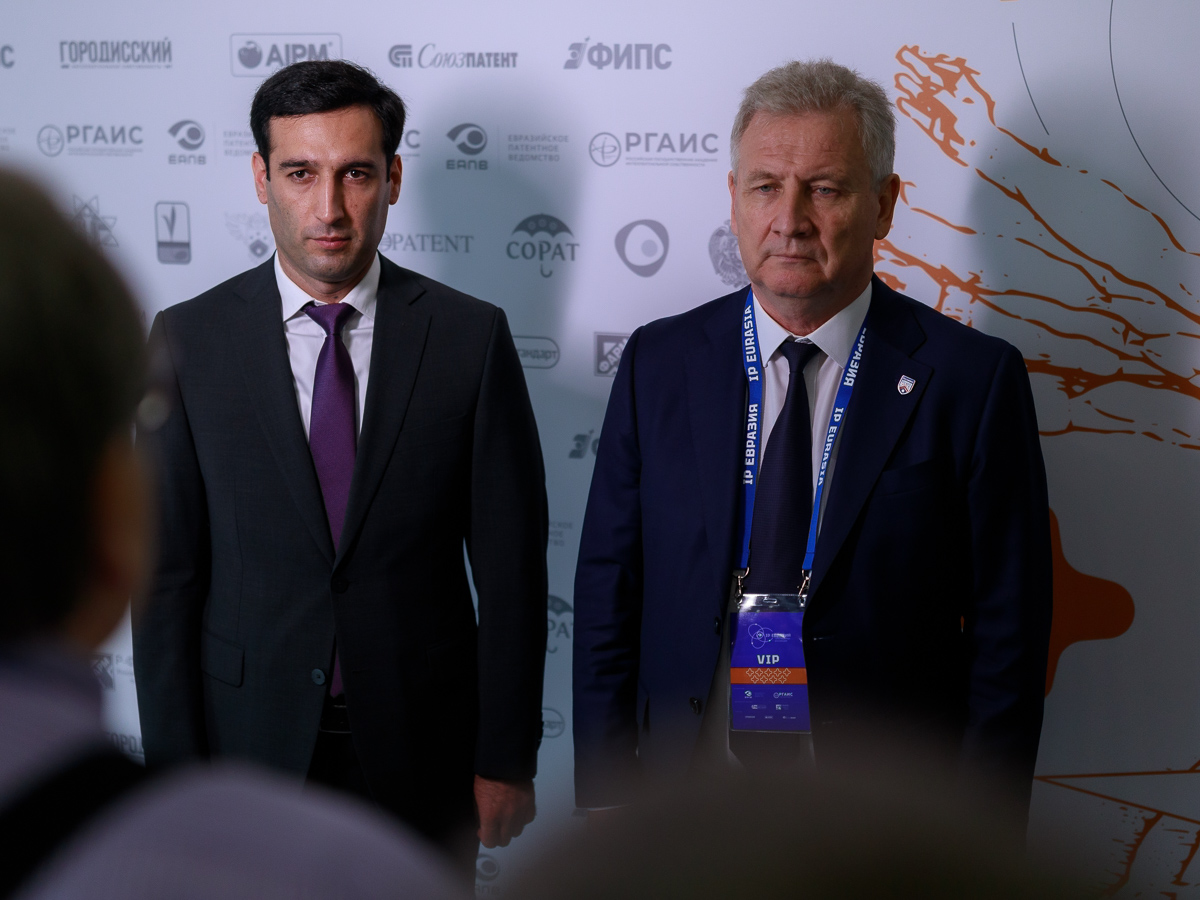 President of the Eurasian Patent Office Grigory Ivliev and
Director of the National Patent Information Center of the Ministry of Economic Development and
Trade of the Republic of Tajikistan Mirzo Ismoilzoda at the First International Eurasian Conference IP Eurasia'22.