Grigory Ivliev: The logic of the development of regional law is especially relevant in connection with the idea of the Greater Eurasian Partnership

At the plenary session of the 5th International Forum of Lawyers and Economists “Modern Problems of Law and Economics in Europe and Asia”, the President of the Eurasian Patent Office (EAPO) outlined the most important priorities for the development of the regional intellectual property system.

Before the start of the plenary session, the EAPO President was awarded a special commemorative badge for his contribution to the development of the Forum and international legal cooperation. 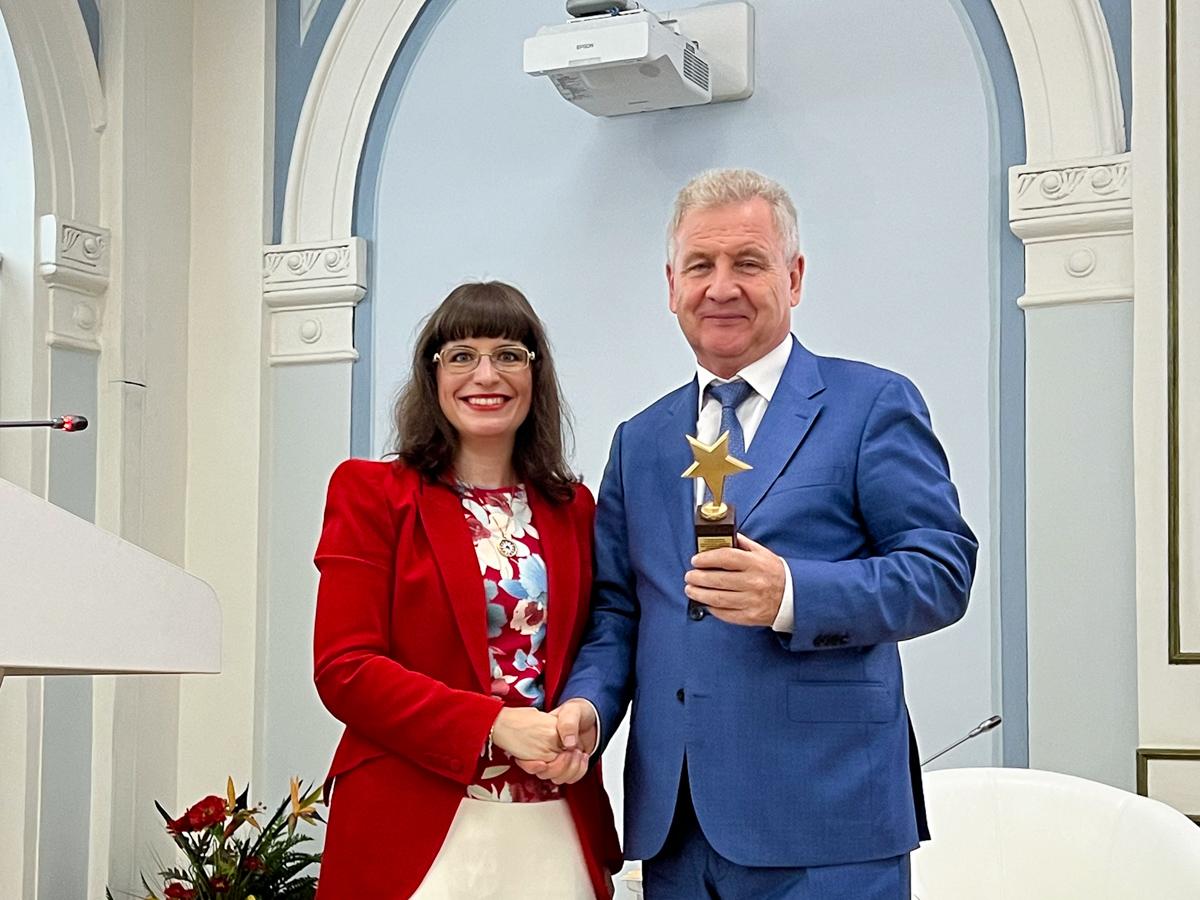 In his speach, Grigory Ivliev emphasized the importance of considering the regional aspect in all its manifestations in the strategy of lawmaking and development of law. This is a global trend: similar process can be observed in Europe, Asia (ASEAN), and Africa.

“The regional trademark registration system of the Eurasian Economic Union (EAEU) is in the process of formation and has the potential for further development. In its current form, it does not create a “single window” for filing applications and does not have a common character, which means that the application of the EAEU Trademark Agreement will inevitably reveal aspects that need prompt improvement,” Grigory Ivliev explained.

Among these aspects, the EAPO President called the need to establish a single agency for the administration of the regional trademark registration system, the issue of harmonization of legislation and law enforcement practices at the national and supranational levels, and especially relevant the issue of judicial protection of rights to intellectual property which is protected on regional level. 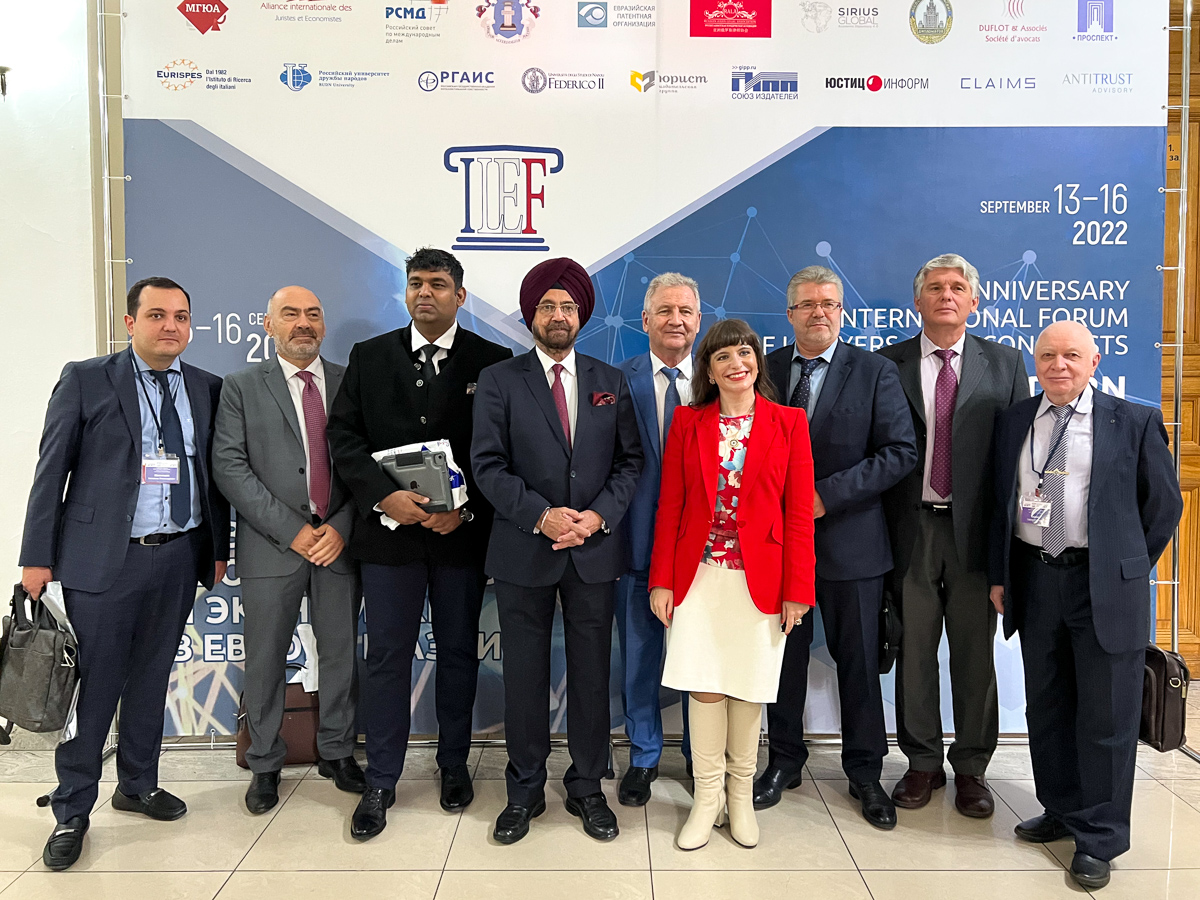 There is a growing demand from Eurasia applicants for centralized IP dispute resolution. Settlement of such disputes at the national level in relation to Eurasian patents entails the risk of non-uniform application of the norms of regional international treaties in the context of the protection of IP rights, as well as significant financial costs.

Earlier, the need to create a single Eurasian jurisdiction in the field of IP was supported at the St. Petersburg International Legal Forum by a prominent Russian lawyer, judge of the Court of the Eurasian Economic Union Tatyana Neshatayeva. Using the platform of the Forum, Grigory Ivliev invited its participants to discuss this ambitious project and the possibility of introducing Eurasian arbitration and mediation to resolve IP disputes.

The EAPO President concluded his speech with a statement about the illegitimacy of unilateral measures against citizens of Russia and Belarus, the “freezing” of examination of their applications in the European Union and its member states, the actual deprivation of the possibility of registering intellectual property rights, transferring rights to third parties, paying procedural and maintenance fees and receiving license fees. 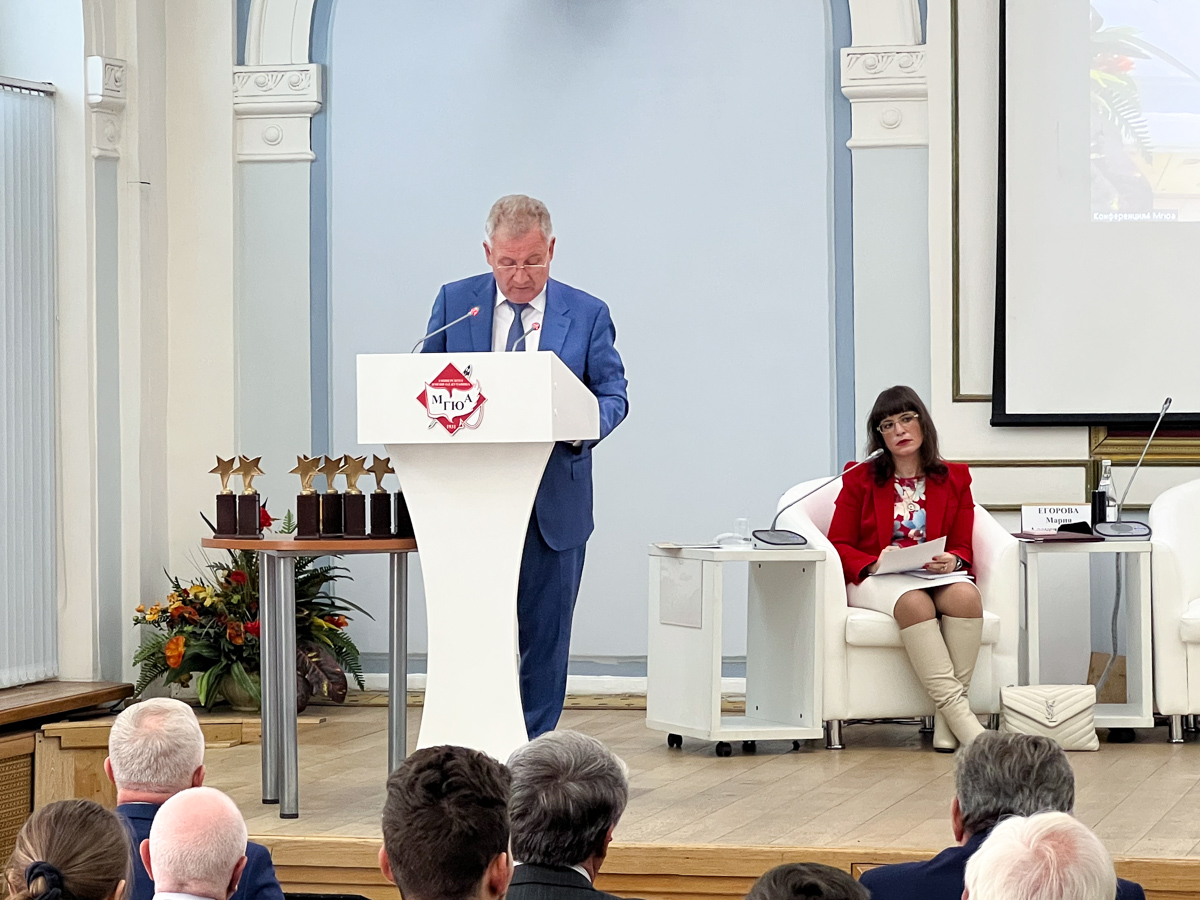 Sanctions destroy the existing system and provoke legal uncertainty for the global IP system, for the exercise of the legitimate rights and interests of right holders and applicants. All users of the IP system, without exception, deserve the predictable stable work of the IP institution, Grigory Ivliev emphasized. 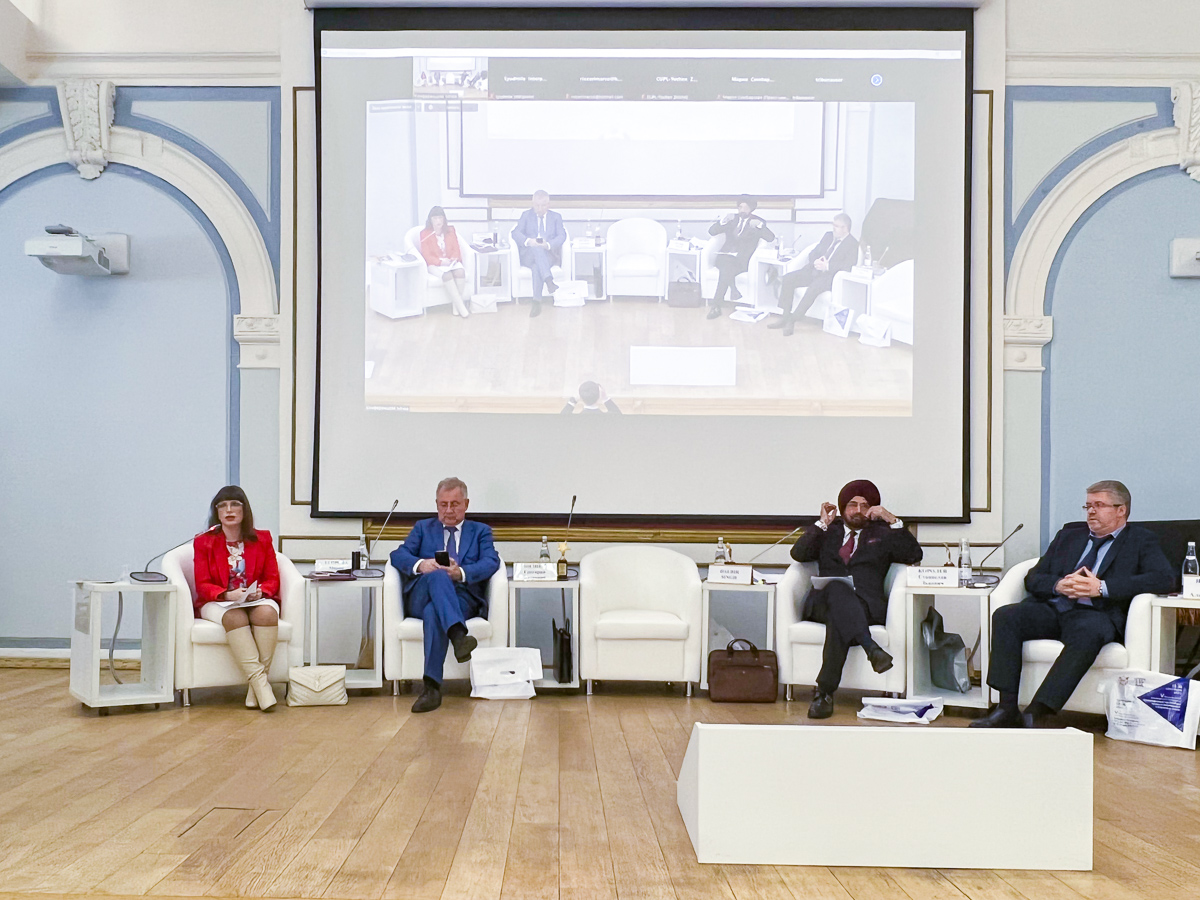 Practical aspects of the development of the Eurasian regional system of registration of intellectual property were discussed in detail by the participants of the panel discussion "New Directions for the Legal Regulation of Intellectual Property in Eurasia in the Era of Global Economic and Social Changes" organized by the Eurasian Patent Office. It was attended by Chairman of the Board of the Agency for Intellectual Property of the Republic of Azerbaijan Kamran Imanov, Head of the Federal Service for Intellectual Property of the Russian Federation Yury Zubov, Head of the Division of Scientific and Technical Cooperation and Innovations, Department of Economic Cooperation of the Commonwealth of Independent States Executive Committee Timur Mansurov, Director of the Department of Eurasian Integration of the Ministry of Economic Development of Russia Alexey Dobkin and head of the patent practice of Gorodissky & Partners law firm, Russian and Eurasian patent attorney Yuri Kuznetsov. The conversation was moderated by the EAPO President Grigory Ivliev. 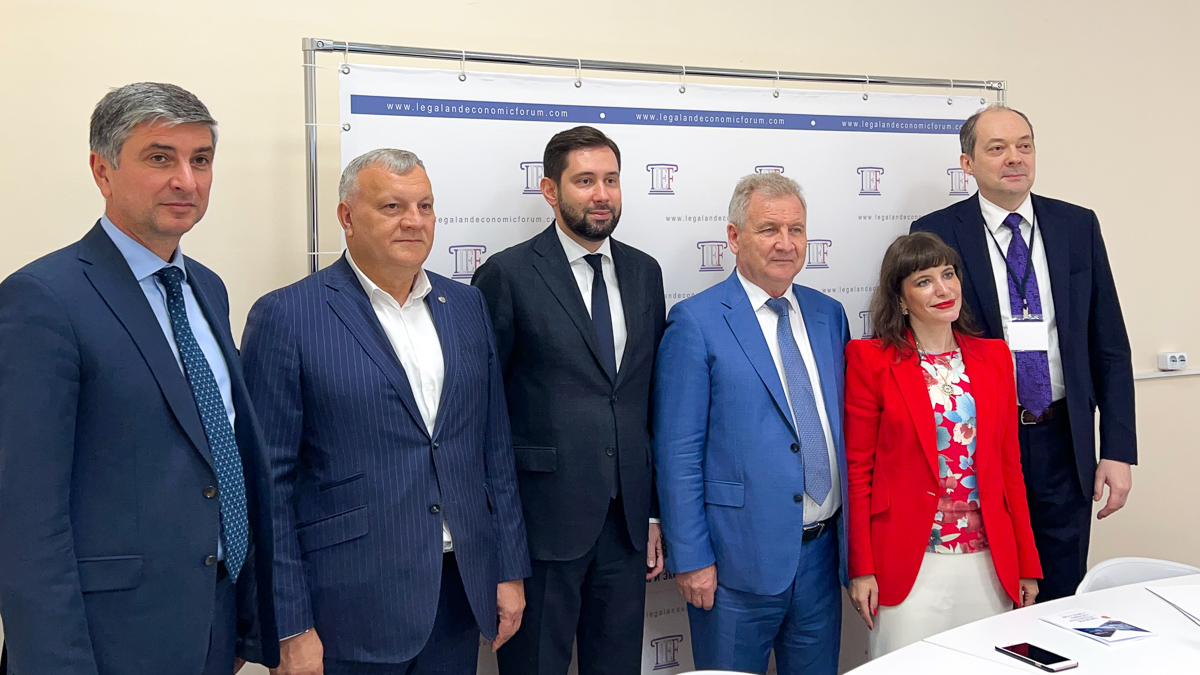 The V International Forum of Lawyers and Economists "Modern Problems of Law and Economics in Europe and Asia" will run until September 16. It will bring together over 300 leading legal and economic experts from Russia, China, India, France, Italy, Brazil and other countries. The title topic of this year's Forum is "Development of law, economics and international humanitarian cooperation in the context of global climate change and digitalization."