Within the framework of the 63rd series of meetings of the Assemblies of the World Intellectual Property Organization, WIPO Director General Daren Tang highly appreciated the importance the Eurasian Patent Organization activity for WIPO. 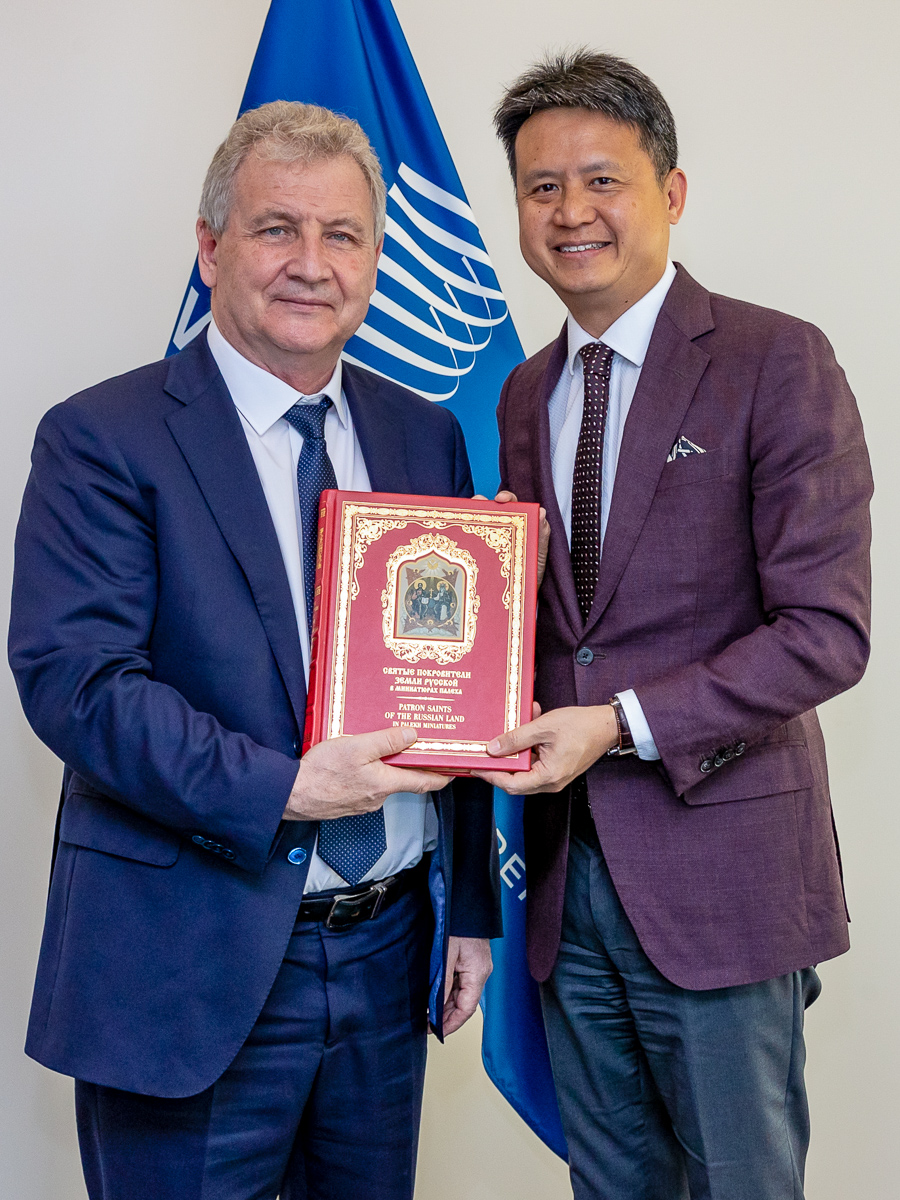 Daren Tang congratulated the EAPO for becoming an International Searching Authority (ISA) during his meeting with the delegation of the Eurasian Patent Office on July 17. “Obtaining the ISA status confirms the high level of importance of the EAPO within the WIPO system, the EAPO unites applicants across 9 time zones, and it is one of the largest organizations among existing.” Daren Tang also positively noted the digitalization processes of the office and the importance of filing applications using the EAPO online resources. The WIPO Director General emphasized the prospects for the development of the regional project in the field of commercialization of IP by technoparks and IP infrastructure via strong interaction with the key users of the intellectual property registration services.

EAPO President Grigory Ivliev indicated that he expects the advancement of information exchange and efficient operation of the systems. Every year, foreign companies submit a large number of Eurasian applications to the EAPO. The Office is interested in establishing a dialogue between examiners to make granting Eurasian patents more attractive for foreign applicants. Grigory Ivliev also pointed to the prospects for expanding the number of states party to the Protocol on the Protection of Industrial Designs: negotiations with Turkmenistan to increase the territorial coverage of the Eurasian industrial design patent.

During the meeting, the EAPO President emphasized that artificial barriers built by certain WIPO member countries hinder scientific and technological development and the exchange of patent information on a global scale; unilateral illegal actions have negative impact on the the legal rights of applicants in the Eurasian space.

Daren Tang assured that the multilateral relations is a priority, and that cooperation will take place on the basis of partnership, interaction and effective assistance.