On November 22, 2021, the delegation of the Eurasian Patent Office (EAPO) took part in the ceremony of signing the Agreement in relation to the functioning of the EAPO as the International Searching Authority (ISA) and the International Preliminary Examining Authority (IPEA) under the PCT which was held at the World Intellectual Property Organization (WIPO).

The draft Agreement, which was signed by the EAPO President Saule Tlevlessova and WIPO Director General Daren Tang, was approved by the PCT Union Assembly at the Fifty-Third (23rd ordinary) session in October 2021.

Daren Tang congratulated the EAPO on obtaining a new status under the PCT and welcomed the expansion of the geography of international authorities by appointing the Office as an ISA / IPEA. Mr. Tang stressed that the EAPO member countries represent one of the largest regions in the world, and the appointment will help to strengthen the role of the Russian language in the PCT system.

The WIPO Director General highlighted the achievements of the EAPO in the digitalization of its activities and the development of electronic services. He invited the EAPO to participate in its new capacity in various initiatives held under the auspices of WIPO and assured the full support of WIPO in exploring the Eurasian Office’s new functions under the PCT.

Saule Tlevlessova expressed her thanks to Daren Tang for supporting all efforts to complete the EAPO appointment procedure as an International Authority under the PCT, which was implemented despite the restrictions caused by the pandemic. The EAPO President also thanked WIPO for advising the EAPO at all stages of this procedure, noting that the Eurasian Patent Organization had been waiting for this historic event for over 25 years. 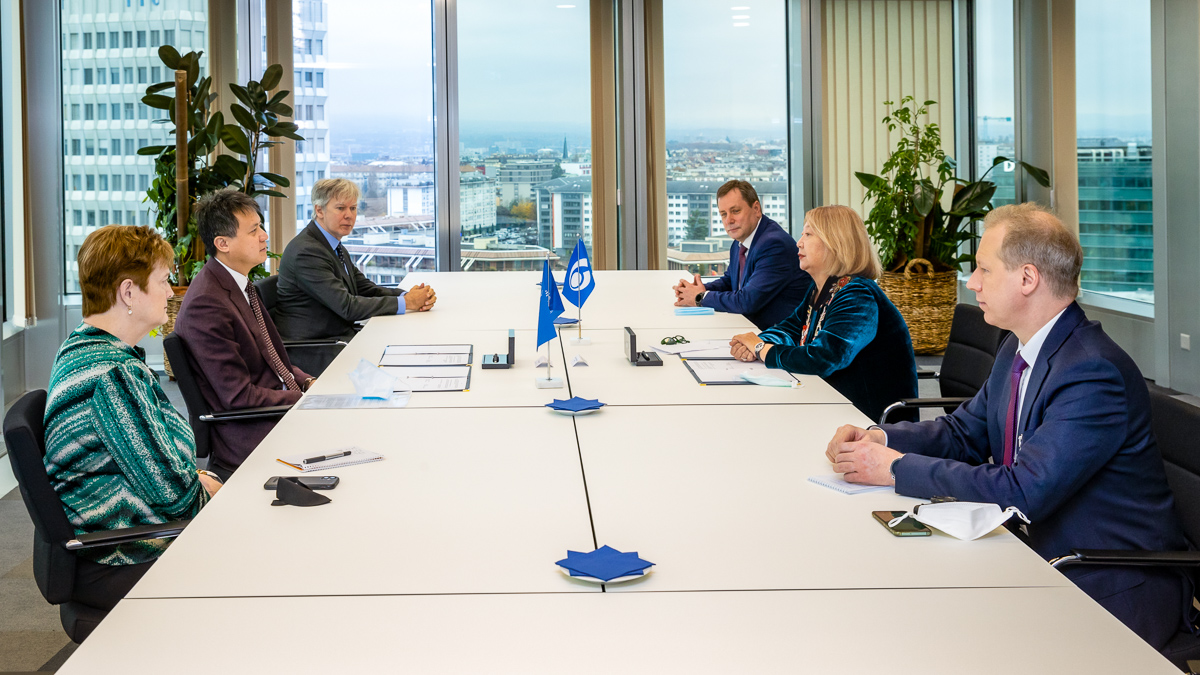 In the course of the subsequent meeting with heads and staff of the WIPO Patent and Technology Sector units, the EAPO delegation discussed the procedural matters related to the entry into force of the signed agreement and the specific activities required for the successful launch of the EAPO operations as the ISA/IPEA.

Much attention was devoted to the organization of training for EAPO employees in the field of relevant procedures and regulations of the PCT system, substantive examination and use of WIPO electronic services, including mastering in the EAPO the functionality available in the ePCT system for International Authorities. As a result of the meeting, the parties agreed on the implementation and coordination of these measures at the working level.