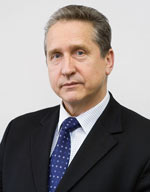 The experience of regional patent systems that existed at the time showed that such systems can be viable if their potential exceeds that of national patent systems and they provide a useful service to their members, with cooperation and mutual assistance having a positive effect on the accessibility of patenting and on patent quality.

We have had to show it once again.

Today, ten years later, we are prepared to take stock and answer questions asked of us by others and by ourselves in the course of the decade:

Have the countries in the region achieved the objectives they set for themselves in acceding to the Convention?

Have the activities of the Eurasian Patent Organization been in the mainstream of the international patent space?

Have the hopes of inventors, patent attorneys and businessmen regarding the Eurasian patent come true?

Has the Eurasian Patent Office been equal to its tasks?

It was expected that the Eurasian patent would provide certain procedural and economic advantages. These expectations came true, and we continue working in this direction.

In 1996, the first year of the Eurasian Patent Office’s existence, as few as 118 patent applications were filed. Pessimists said that the figure was an indication of weak interest in the Eurasian patent. However, the following year the number of applications quadrupled; from 1998 onward more than one thousand applications were filed annually, and in 2004 a total of 1,630 were filed. Granted, this is much fewer than received by the leading national patent offices, but then, they, too, didn’t achieve their current status instantly. The most important thing is that we show a stable upward dynamic. The 6,200 registered Eurasian patents today is just the beginning of the process. This is a good answer to the question about our place in the international patent space.

The leaders in the Eurasian patenting procedure are the United States, Germany and Russia. Among member-states of the Eurasian Patent Convention the leaders are Russia, Belarus and Kazakhstan.

The average number of designations of Eurasian Patent Organization member-states at the payment of the first annual fee is no fewer than five – a good figure for a regional patent system made up of nine states with economies in transition. Participation in the Eurasian patent system brings members an additional and constantly growing benefit of a share in the fee for the maintenance of Eurasian patents in their territories. Our experience, as well as that of the rest of the world, has shown that the existence of parallel industrial property protection systems does not reduce interest in national patenting. On the contrary, applicants can choose from several patenting systems, national offices get new opportunities, and states get new sources of revenue.

Holders of Eurasian patents are becoming increasingly active in the exercise of their IP rights, especially in the transfer of their rights to Eurasian applications and patents.

The Eurasian Patent Office has largely completed the introduction of leading edge IT technologies. Active users of patent information are no longer satisfied with the national patent offices’ in-house systems, which are too specialized and are being gradually displaced by integrated resources.

We have started implementing electronic filing of Eurasian applications and are taking part in a number of other international IT projects.

The Eurasian Patent Office is open to dialogue and its policy of goodwill has been highly assessed by applicants and patent attorneys.

Together with national patent offices we have been instrumental in bringing new technologies, products and services to the countries of the region. Reliable protection of inventions in the territory of a country is not only a major component of its investment climate. It is also invigorating the innovation sphere as a whole, with inventors directly contributing to economic growth.

The economic integration of the countries in the Eurasian region has proved to be a slower process than expected in the early 1990s, when work started on the Eurasian Patent Convention. What is important, however, is that the Eurasian patent is already paving the way for to this integration.

Now that the Eurasian Patent Organization is on the threshold of its second decade we thank all those who have been with us all these years.