Visit of Felicite Delegation to EAPO 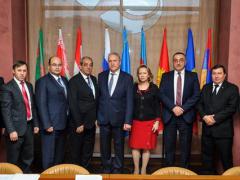 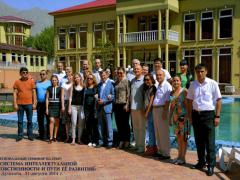 Press release of participation of EAPO delegation in the Regional Seminar “Intellectual Property System and ways of its development” and in the 3rd Meeting of the Interstate Council on Legal Protection and Enforcement of Intellectual Property held on August 20-22, 2014 in Dushanbe, Republic of Tajikistan.

On August 20-22, 2014 a delegation from the Eurasian Patent Office participated both in the meeting of the Interstate Council on Legal Protection and Enforcement of Intellectual Property (hereinafter MGSIS), as well as in the Regional Seminar “Intellectual Property system and ways of its development”, organized in Dushanbe, conjointly, by State “National Patent Information Center” under the Ministry of Economic Development and Trade of the Republic of Tajikistan and the EAPO. 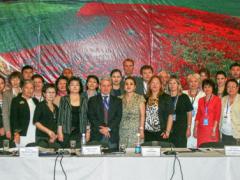 Press-release on the Regional Seminar in Kyrgyzstan

Regional Seminar on the Multilateral Legal Framework and Practice on Patent Protection in the Pharmaceutical Field, organized by the Eurasian Patent Office (EAPO) in cooperation with the World Intellectual Property Organization (WIPO) and State Service of Intellectual Property and Innovation under the Government of the Kyrgyz Republic (Kyrgyzpatent) took place on May 27-28 on Lake Issyk-Kul, Kyrgyz Republic. EAPO representatives participated in the works of the seminar and delivered presentations. 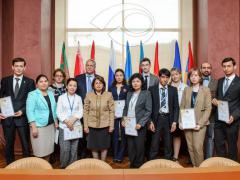 From May 19 to June 3, 2014 a session of thematic lectures and practical trainings on the topic of “Examination of Eurasian patent applications and granting of Eurasian patents” was conducted at the EAPO headquarters in Moscow for the specialists from the National Patent Offices of the States Party to the Eurasian Patent Convention.

Annual Report 2013 of the EAPO

The Annual Report 2013 of the Eurasian Patent Organization has been published in the "Official Publications / Annual Reports" section.