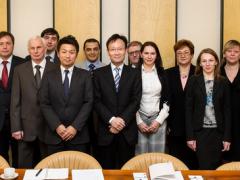 In the frame of the Examiner Exchange Program between Eurasian Patent Office (EAPO) and Japan Patent Office (JPO) from 2 to 6 December, 2013 the second working visit of the JPO examiners took place at the EAPO headquarters. 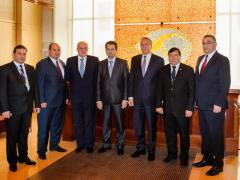 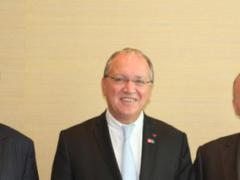 Press-release on the launch of Russian-English machine translation tool

The ceremony of the official launch of the automatic Russian-English machine translation tool took place on September 26 in Geneva. The Russian-English machine translation tool was developed in trilateral cooperation between EPO, EAPO and Rospatent. The ceremony was attended by the heads of the three participating Offices and their accompanying persons. 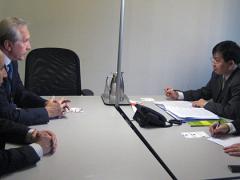 The EAPO President Alexander Grigoriev and the Director General of the National Office of Intellectual Property of Vietnam Ta Quang Minh met in Geneva in the framework of 51st Series of Meetings of the Assemblies of the Member States of WIPO on September 25, 2013. 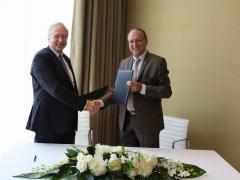 On September 24, 2013 a meeting took place between the Presidents of the Eurasian Patent Office Mr. A.N. Grigoriev and the European Patnet Office (EPO) Mr. B. Battistelli, the meeting was held in the framework of the 51st Series of Meetings of the Assemblies of the Member States of WIPO in Geneva (Switzerland). 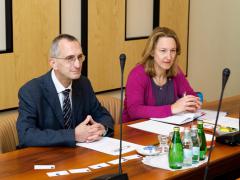 Press-release of the EPO delegation to the EAPO 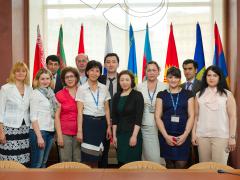 From 20th May to 3rd June, 2013 a cycle of thematic lectures and practical trainings on the topic of “ Examination of Eurasian patent applications and granting of Eurasian patents” was conducted for the specialists from the National Patent Offices of the States Party to the Eurasian Patent Convention at the EAPO headquarters in Moscow. 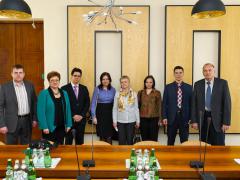 The annual report of the Eurasian patent organization for the year 2012 is placed in the section "Official publications". 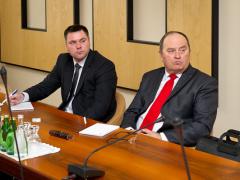 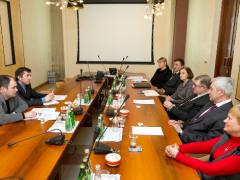 Commencement of the PPH Pilot Program

Amendments made to the Procedures for filing Eurasian applications, containing nucleotide and/or amino acid sequences 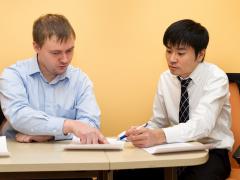 Working visit of the Japan Patent Office experts to the EAPO

From January 31 till February 1, 2013 a working visit of the Japan Patent Office experts took place at the EAPO headquarters in Moscow. The visit was arranged in accordance with the agreements achieved earlier between the administrations of the Eurasian patent office (EAPO) and Japan Patent Office (JPO). Current working visit constitutes the first step of the cooperation between EAPO and JPO in the frame of Expert Exchange Program.